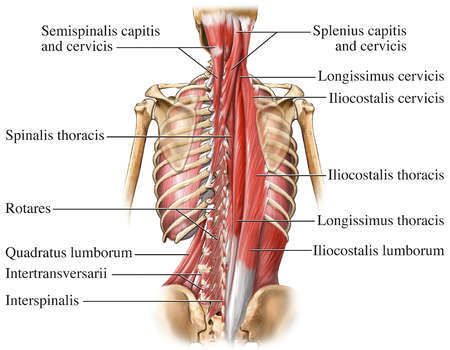 Figure 1. The small muscles of the spine as seen at the left of the spinal column.

A 34 year old male came to the clinic complaining of constant and severe sciatica symptoms. These occurred down the back of his right leg, with aching, numbness and tingling being felt at all times of the day and night. He was taking anti- inflammatory medication every few hours with little relief.

He had been to see an orthopaedic surgeon, who recommended a CT scan to figure out the cause. The scan showed a severe vertebral disc rupture at the level of L5/ S1 of the lumbar spine. The surgeon recommended a spinal fusion at L5 S1, and told the client that this was his only real option to be pain free and without the symptoms of sciatica.

The client decided to try other avenues before committing to surgery. The first of these was cortisone injections directly into the damaged spinal area. This had little effect on the client’s symptoms, which for him was quite disheartening.

Next he tried around ten visits to a chiropractor. The chiropractor used spinal manipulation to try and fix the problem. This, again had little lasting positive effect. And on occasion exacerbated the symptoms.

Physio was next, and whilst the client improved his core strength (and this would prove to be beneficial in the future), the actual symptoms of sciatica were not relieved.

As a last resort a friend recommended that he come to my clinic, as this friend had experienced relief form his own sciatic symptoms through my treatment.

The client arrived on a Saturday morning, and told me his story. We went through his history and scan reports, and discussed what the surgeon had said to him, and how if this treatment didn’t work then he was going in for surgery.

It is important to note that whilst spinal fusion surgery may relieve the symptoms of sciatica, it also restricts the flexibility of the spine. At the time the client was studying and also working as a manual labourer.

I explained to the client that my treatment usually takes three visits to have a strong effect. This is because sciatica due to a bulging disc, especially if long term, causes the deep muscles of the spine to go into a state of almost constant spasm.

It is vital that these muscles are relaxed as this allows the space between the effected vertebrae to open up. When this space opens, the pressure on the disc is reduced, and this is usually enough that it no longer pushes on the sciatic nerve spinal root (Figure 1).

I utilise targeted needling in concert with electro-acupuncture theory to effect targeted muscle relaxation and relief. The treatment involves two needles placed strategically with a small electric current being passed between them

The electric current relaxes the deep tight muscles, and this in turn allows the larger superficial muscles of the back to relax as well.

After the first treatment the client didn’t notice much change, although disappointed, he came back the following week and we repeated the treatment. This time he experience a change in his lower back pain, for the first couple of days it felt a bit “weird and achy”. This is the sign that the deep muscles are starting to relax.

The following week he told me his sciatica had reduced to only occasional symptoms, usually after a long day on the pick and shovel. The pain in his back had localised to the direst site of the original injury (ie L5 S1).

After four treatments in four weeks the client no longer felt any back pain and only occasional sciatic “twinges” if he sat for too long or lifted something without bending his knees. We then planned for a treatment every two weeks for a month. When it was clear that his symptoms were almost fully relieved, a maintenance course of treatments was undertaken at 4-6 week intervals.

I am pleased to report that the client has since taken up long distance running and has completed 4 marathons successfully. He still comes every six weeks for a check-up and maintenance treatment, and surgery is nowhere on the horizon for him.

Overall the client is extremely happy with the outcome, as I have provided a meaningful, long term and drug free solution to his problem.

Acupuncture is a powerful modality that should be considered for many difficult health conditions.